Arterial calcification occurs when calcium deposits build up in the smooth muscle that make up the walls of your arteries and reduce the vessel’s elasticity. Imagine a piece of licorice that has been left out in the sun. It starts out soft and pliant, but, over time, it stiffens and loses flexibility. With regard to the human body, this condition is often referred to as hardening of the arteries and studies indicate its presence in nearly 30% of the population over the age of 45.

Arterial calcification causes the vessel walls to become rigid and lose the flexibility to expand outward to allow for blood flow. It is an independent predictor of cardiovascular disease. When this condition is present in combination with atherosclerosis, a narrowing of the arteries due to plaque build up on the interior walls, it increases the risk of a cardiac event.

Going back to that stick of licorice, imagine that, not only has it become rigid, but the interior has been lined with a hard substance. What would happen if you tried to pour a substance through the narrowed opening? Since the exterior walls can’t expand to allow for better flow, you’d have to apply more force to get the substance through. The same is true for your heart. It has to work harder to force blood through your arteries, causing an increase in blood pressure and heart rate. So, what does Vitamin K2 have to do with this process? It prevents calcium from hardening the walls of your arteries.

Vitamin K2-MK7 (menaquinone 7), generally referred to as Vitamin K2, is a nutrient that appears to be very lacking in the typical American diet, but it has a critical function in cardiovascular health. Vitamin K2 directs where calcium gets deposited within the body. It ensures that calcium gets into the bone matrix and prevents it from getting deposited in arteries.

While the FDA has not set specific recommended nutritional doses of K2, it is advised that adults get 120 mcg per day. While there a a number of foods that contain Vitamin K1, however, K2 is not as common. It is found in fermented foods, such as natto (fermented soy beans), beef liver, trout, herring, and eel.

Studies have shown that taking K2 daily can begin slowing the progression of arterial calcification. There is even evidence that it can reverse damage, but because the foods that are high in this vitamin rarely show up on the dinner plate of Westerners, most people will need to rely on a supplement.

Vitamin D3 and K2 Spray from Vegan Life Nutrition contains the most beneficial form, Vitamin K2-MK7. With a pleasant orange flavor, four sprays deliver 120 mcg of K2, along with 100% of the RDA of Vitamin D3. Taken every day, this spray is a powerful one-two punch of nutrients that will help you support the health of your heart and bones.

Vitamin D2 vs. Vitamin D3. What’s the difference? It’s pretty clear that this vitamin is important, but not all Vitamin D is created equal. One of the key differences is between D2 and D3. Read about why one is vastly superior to the other. 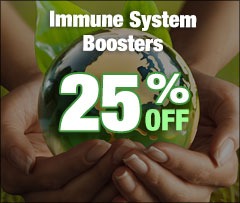 The chewable tablets are not only flavored, they make taking vitamins fun.